MODio is disabled on Steam versions of Space Engineers.

Mods in Crossplay are temporarily unavailable.

We will revisit Modio when it can be implemented in a way that is aligned with community expectations.

Ever since our initial release of Space Engineers on the Xbox platform, we have worked hard to provide the best Space Engineers experience for everyone, regardless of platform. Today’s release takes us one step closer to bridging the gap between PC and Xbox communities by ensuring that every Space Engineer can build, create, and imagine with friends on their platform of choice. 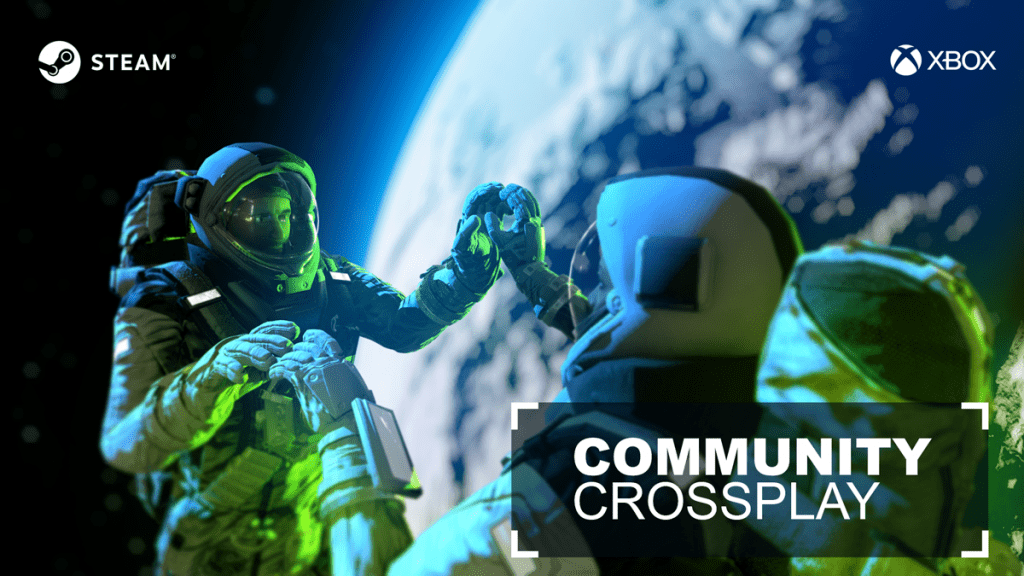 Space Engineers playing on either PC(Steam) or Xbox will have access to EOS servers. These new EOS servers will be visible in the multiplayer menu on both PC and Xbox.

Additionally, these servers can be filtered. In the client join screen, players can switch between Steam and EOS server lists.

We understand that this raises a number of questions and have prepared a simple guide to assist with all of the most common questions you may have. More detailed information related to Dedicated Servers. 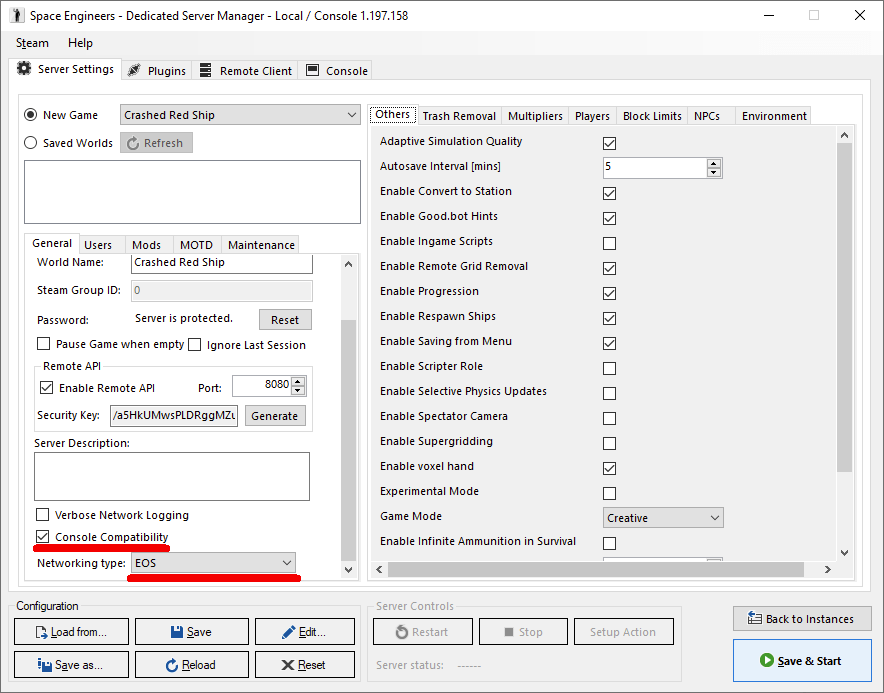 We have enabled mods on Xbox for single & multiplayer lobbies, as well as dedicated servers.

Mods can be added to a dedicated server by following the illustrated instructions provided – Dedicated Servers. 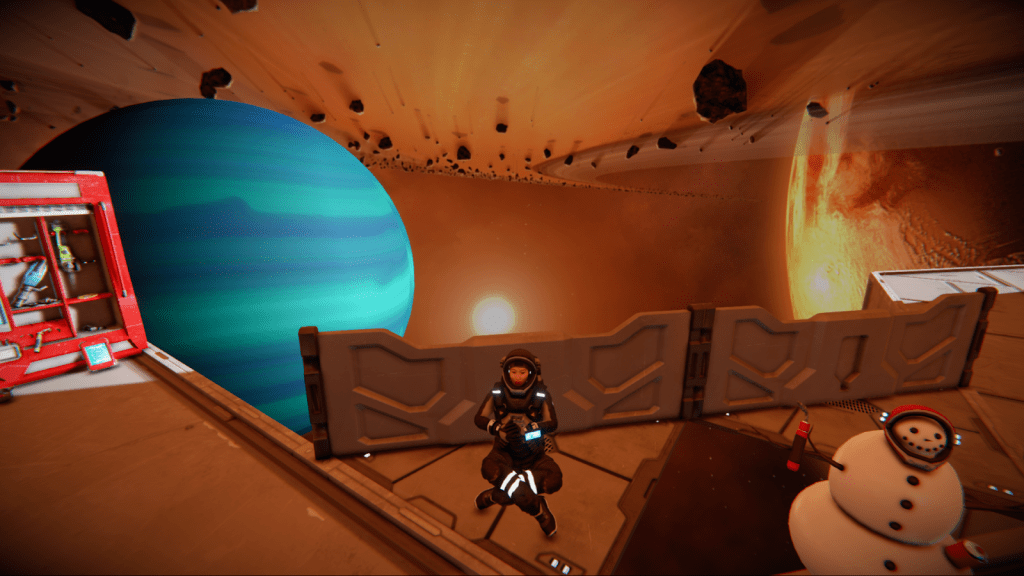 We have added mod.io support to all in-game screens accessing the workshop. Now PC players can more easily access and better utilize Mod.io. This increased integration should make Mod.io considerably easier to interact with.

In the workshop and blueprint screen, both mod.io and Steam items are listed side by side, marked properly, with the ability to filter them: 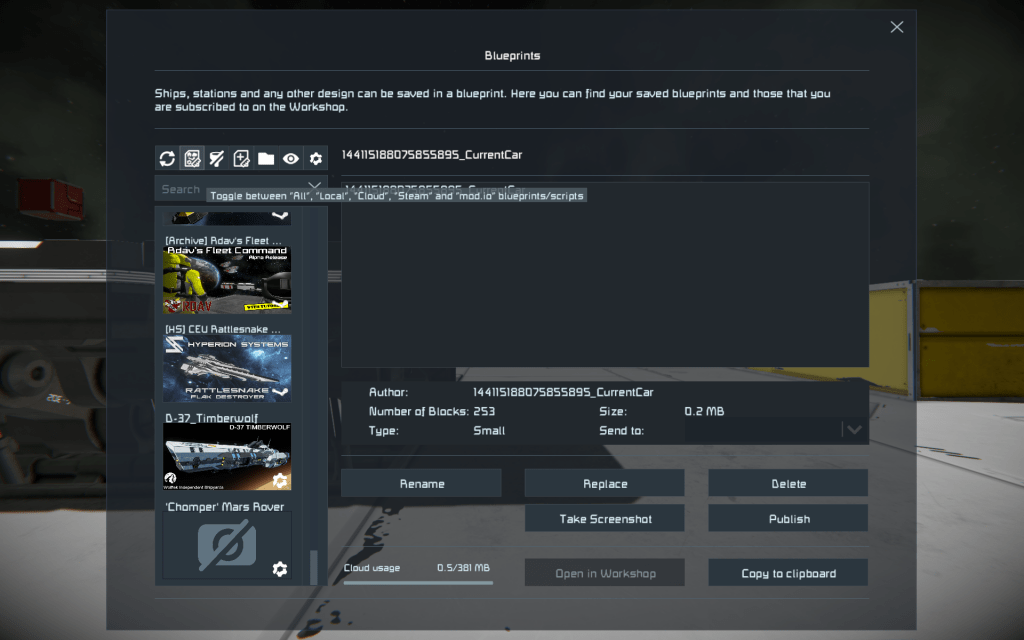 In the Workshop browser, players can select which workshop they would like to browse – either Steam or mod.io: 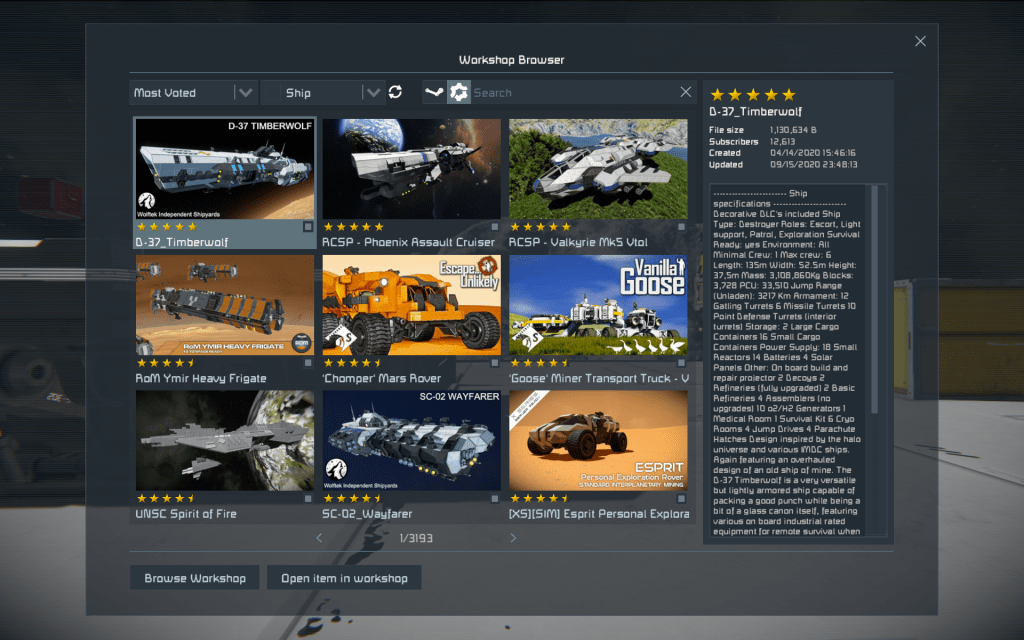 When publishing, players can select which service to publish to, and the game will remember the workshop ids from both services: 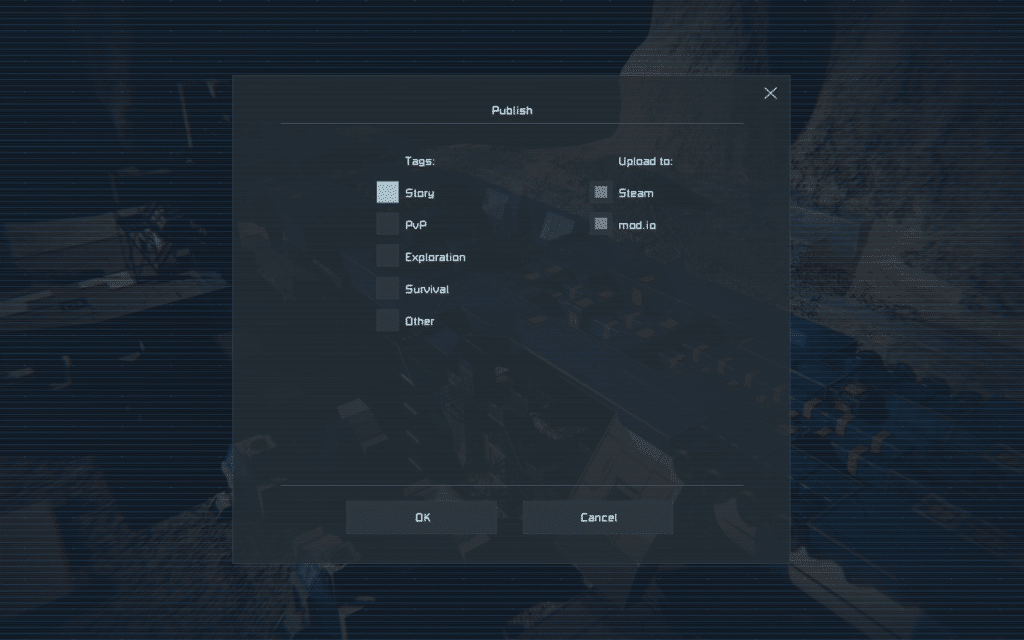 Worlds can mix mods from both steam and mod.io. Though, if PC players want to share the worlds with Xbox players, it has to be considered only mod.io items will be available there: 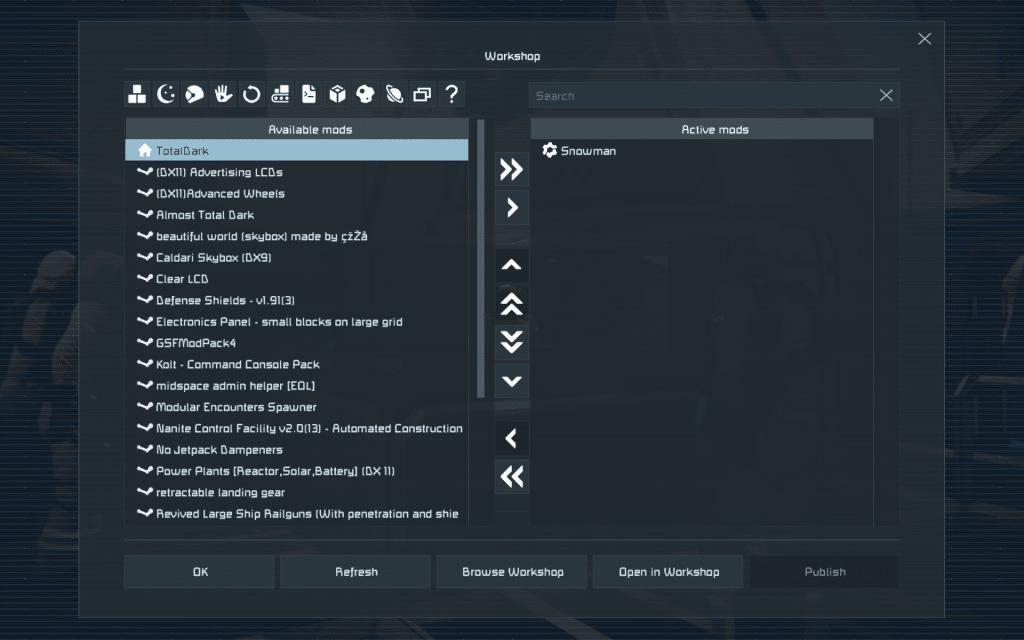 Q: Is it possible to use mods from PC on Xbox?

A: Most likely yes. Mods containing just data will work without any changes. Mods with scripts will work on Dedicated servers, but only if their code is written server-side only. Client-side scripts won’t be executed.

Q: What kinds of mods can we expect?

A: Really anything from skyboxes, animations, planets, asteroids, and other types of visual mods up to LCD scripts, new blocks, and production mods.

Q: How can I make myself admin on the server?

A: We have a complete guide for setting up Admin status on a dedicated server here: Dedicated Servers | Space engineers (spaceengineersgame.com)

Q: Can I start copying any mods from Steam Workshop to mod.io?

A: We are very proud of our modding community. Creators, builders, scripters, and every modder in between, invests a great deal of time and energy into their creations. We ask that you respect that work. Do not copy an author’s work without permission, on Steam, mod.io, or anywhere else. You can check our Mod.io Posting Guidelines.